Disney+ is celebrating its 2nd Anniversary on November 12, 2021, with exclusive new content and more for subscribers and Disney fans across the globe. If you've been reading our content for a while, you know that I signed up for a 3-year subscription to Disney+ without batting an eyelash.

Everything We Know About Disney+ Day

Disney+ subscribers will have access to new content releases across the service’s iconic brands—Disney, Pixar, Marvel, Star Wars, National Geographic (and Star in international markets)—along with a special presentation on Disney+ for fans with sneak peeks into what’s to come. This post contains affiliate links.

Disney Parks and Resorts around the world and Disney Cruise Line will roll out the blue carpet for Disney+ fans with some surprise and delight moments including photo opportunities, character moments, and more; shopDisney.com will have special offers; popular network shows and syndicated series will join in the celebration along with talent and series across ABC, Disney Channel, ESPN and ESPN+, Freeform, FX, Hulu, National Geographic in the U.S., and on owned channels abroad.

What is Disney+ Day?

When is Disney+ Day?

Disney+ will make its debut in South Korea and Taiwan on November 12, and in Hong Kong on November 16, bringing Disney’s iconic characters and stories into the homes of new audiences around the globe.

Dropping on November 12, exclusively for Disney+ Day, subscribers will get a whole slew of new streaming content on Disney+. Check out some of the awesome content available!

Subscribers will be entertained with an inaugural Disney+ Day fan celebration on Disney+, which will include breaking news, first looks, new trailers, exclusive clips, and appearances from Disney+ creators and stars.

Olaf steps into the spotlight and goes from snowman to showman as he takes on the roles of producer, actor, costumer, and set builder for his unique “retelling” of 5 favorite Disney animated tales in “Olaf Presents,” a series of new animated shorts from Walt Disney Animation Studios. The charismatic and versatile Olaf demonstrates his theatrical flair, taking on such iconic roles as a mermaid, a genie, a lion king (and most of the parts in between), as he entertains Arendelle with his delightful abbreviated versions of these beloved tales. Josh Gad returns to voice Olaf with veteran Disney animator Hyrum Osmond directing and Jennifer Newfield producing.

With his best friend Luca away at school, Alberto is enjoying his new life in Portorosso working alongside Massimo—the imposing, tattooed, one-armed fisherman of few words—who’s quite possibly the coolest human in the entire world as far as Alberto is concerned. He wants more than anything to impress his mentor, but it’s easier said than done.

Directed by McKenna Harris and produced by Matt DeMartini

About “The Simpsons in Plusaversary!” New Short

The Disney+ Day celebration is headed to Springfield in “The Simpsons in Plusaversary!” In the new short, The Simpsons host a Disney+ Day party, and everyone is on the list…except Homer. With friends from across the service and music fit for a Disney princess, Plusaversary is Springfield’s event of the year.

“The Simpsons in Plusaversary” is the third in a series of Disney+ shorts from “The Simpsons” that highlight the service’s marquee brands and titles. The previously released Star Wars and Marvel-themed shorts “Maggie Simpson in ‘The Force Awakens from Its Nap’” and “The Good, The Bart, and The Loki” are currently available on Disney+. 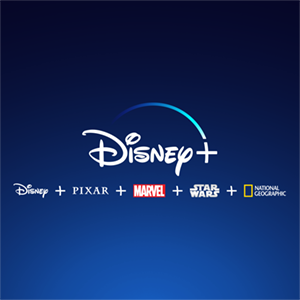 Disney+ is the dedicated streaming home for movies and shows from Disney, Pixar, Marvel, Star Wars, and National Geographic, along with The Simpsons and much more. In select international markets, it also includes the new general entertainment content brand, Star. The flagship direct-to-consumer streaming service from The Walt Disney Company, Disney+ is part of the Disney Media & Entertainment Distribution segment. The service offers commercial-free streaming alongside an ever-growing collection of exclusive originals, including feature-length films, documentaries, live-action, and animated series, and short-form content.

With unprecedented access to Disney’s long history of incredible film and television entertainment, Disney+ is also the exclusive streaming home for the newest releases from The Walt Disney Studios. Disney+ is available as a standalone streaming service or as part of The Disney Bundle that gives subscribers access to Disney+, Hulu, and ESPN+. For more, visit disneyplus.com, or find the Disney+ app on most mobile and connected TV devices.