Let’s just hand out the Oscar nominations right now, shall we? 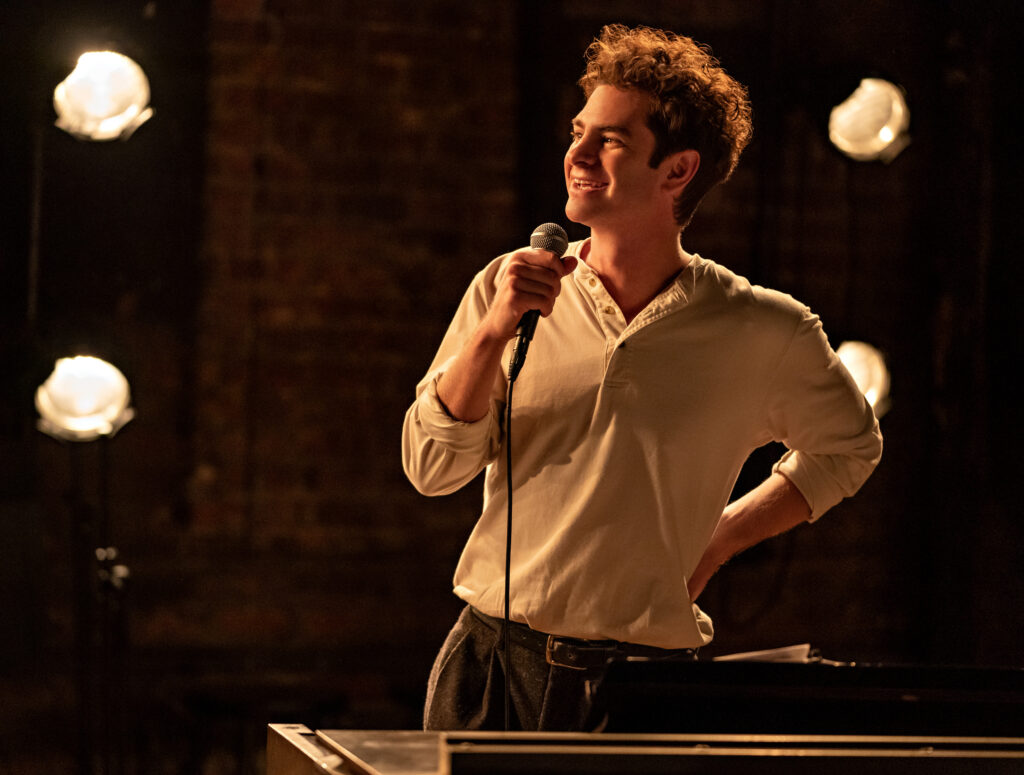 However, have you heard Garfield sing? We hadn’t.

And Garfield’s vocals as Jonathan Larson in tick, tick…BOOM! are now living rent freeing my mind. On repeat.

What works with tick, tick…Boom!

I’ll be the first to admit it’s challenging to go into some movies unbiased. I’ve been a fan of Jonathan Larson’s work since middle school and was devastated when he passed. I’m also a huge fan of Lin-Manuel Miranda’s work (pre-Hamilton craze). He’s brilliant in all he does.

I was looking forward to this movie for both the ability to see Larson’s semi-autobiographical work, that I never saw on stage, as well as the opportunity to see what Miranda (and Steven Levenson) did with the material.

The movie adaptation of tick, tick…BOOM! is a beautifully crafted love letter to Jonathan Larson, those lost to the 80s HIV/AIDS epidemic, and theatre as a whole.

Andrew Garfield blew me away the moment he opened his mouth. There isn’t enough good to say about his performance.

The strategic use of Easter eggs and Cameos in tick, tick…BOOM!

The use of Easter eggs and cameos throughout this movie is nothing short of brilliant. From former “Rent” cast members who have been strategically cast as Broadway legends whose roles over the years have some tie to the source material—be it a role in a Sondheim show, or simply that they had worked with Miranda in a previous role—the rabbit hole you can go down to connect the dots is beyond impressive.

Miranda's directorial debut could not have been a better fit. Miranda himself knows all too well about the struggles of trying to make it in the theatre business—every successful modern composer and playwright was once a Jonathan Larson in the 1990s. Miranda also portrayed Larson in the 2014 Encores! Off-Center Revival of “tick, tick…BOOM!” Miranda directing this film is a full-circle-veritable experiential melange that has success written all over it. 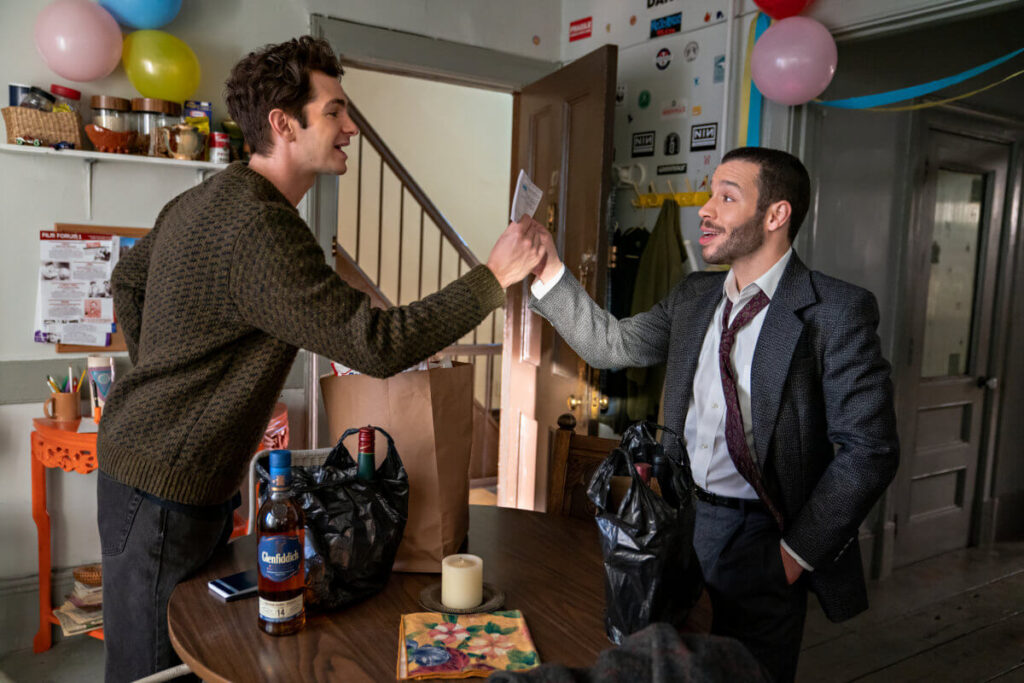 Diversity and Inclusion in tick, tick…BOOM!

My hope is that someday, this will just be the norm and we won’t need to commend studios and companies for their diversity and inclusion in casting. It should be just something that “is” but we aren’t there yet.

READ NEXT  FRESH is a Bloody Tantalizing Thriller

However, tick, tick…BOOM! Has seemingly done a fantastic job with their inclusion, which is apt considering Larson, as a composer and lyricist, explored themes of social issues such as multiculturalism, addiction, and homophobia in his works.

The movie features an incredibly rich cast, many of whom proudly represent the LGBTQ community.

MJ Rodriguez, who plays Carolyn (one of Larson’s co-workers at Moondance Diner) is known for playing Angel Dumont Schunard as a trans woman instead of a drag queen in the 2011 Off-Broadway Revival of “Rent”—a choice that she has since been revered for within the transgender community.

Michael is played by the queer Puerto Rican actor Robin de Jésus (who was in “Rent” in 2006 as an understudy to Angel) is a self-proclaimed “Latine, Puerto Rican, gay ass actor.” 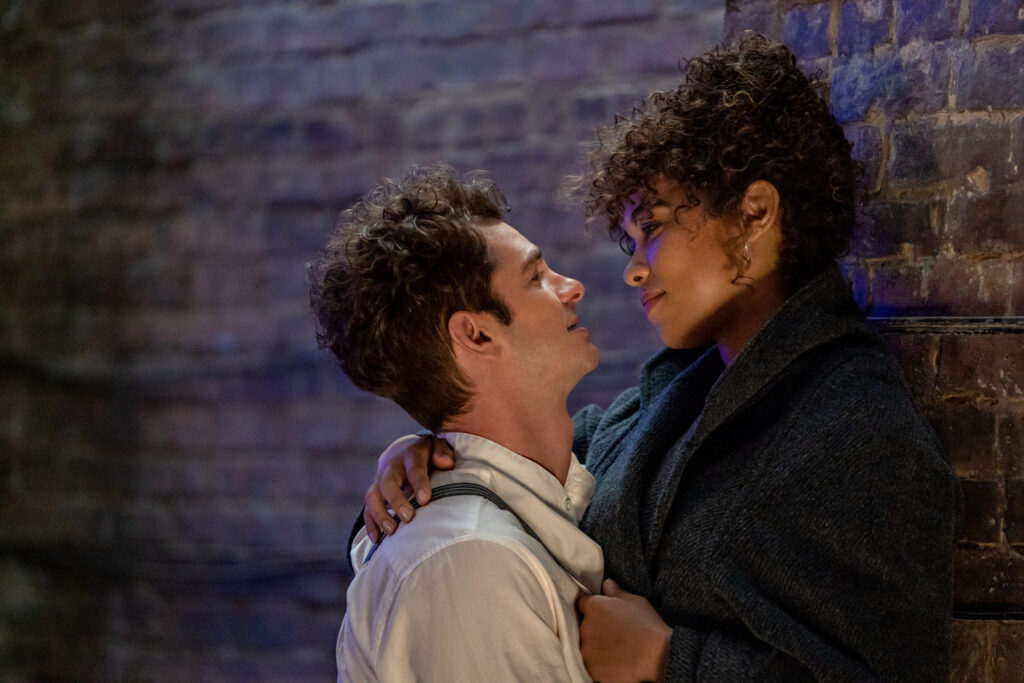 Alexandra Shipp, who plays Susan, celebrated PRIDE Month this year by coming out to her Instagram followers.

It would be remiss to not at least mention Judith Light as Rose Stevens. While Light identifies as straight, she’s a huge ally and one of the longest advocates (since the 80s) for the fight towards progress for rights for the LGBTQ community and the end of HIV/AIDS. 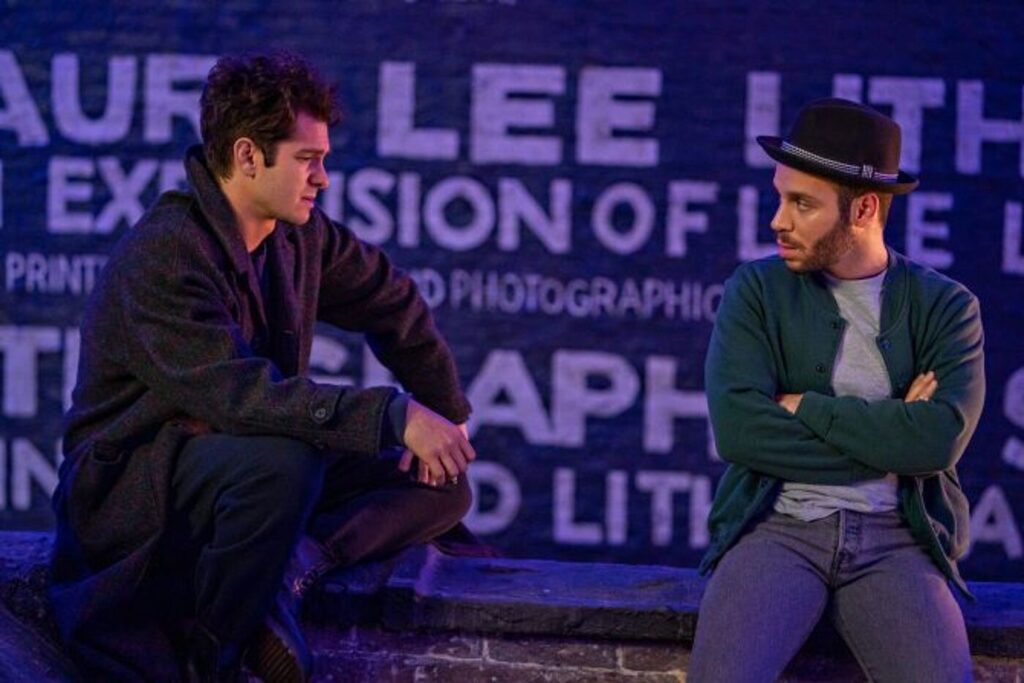 Not much. tick, tick… BOOM! is near perfection. Given that this is a semi-autobiographical show, and it has been adapted for the screen—for those wondering what is factual versus glamorized for the story or even what happened after—those details would be interesting, even as a postscript at the end. There's so much to unpack in the movie that this short look at Larson's life feels shortsighted not to tell the audience about Larson's legacy's impact such as his post-humorous Pulitzer Prize, the Jonathan Larson Grants for aspiring composers, or The Jonathan Larson Collection that was added to the major collections at the Library of Congress.

What is tick, tick… BOOM! about?

tick, tick… BOOM! is a story about musical theatre writer Jonathan Larson and his life as a struggling artist in New York City during the height of the AIDS epidemic.

READ NEXT  ANASTASIA at Keller Auditorium from February 8–13

While the story is based somewhat on real events and is semi-autobiographical, it isn’t a non-fiction work in that he didn’t complete the story himself, as an autobiography. tick, tick… BOOM! explores Larson’s inner conflict as he searches for his voice as an artist while trying to create art. 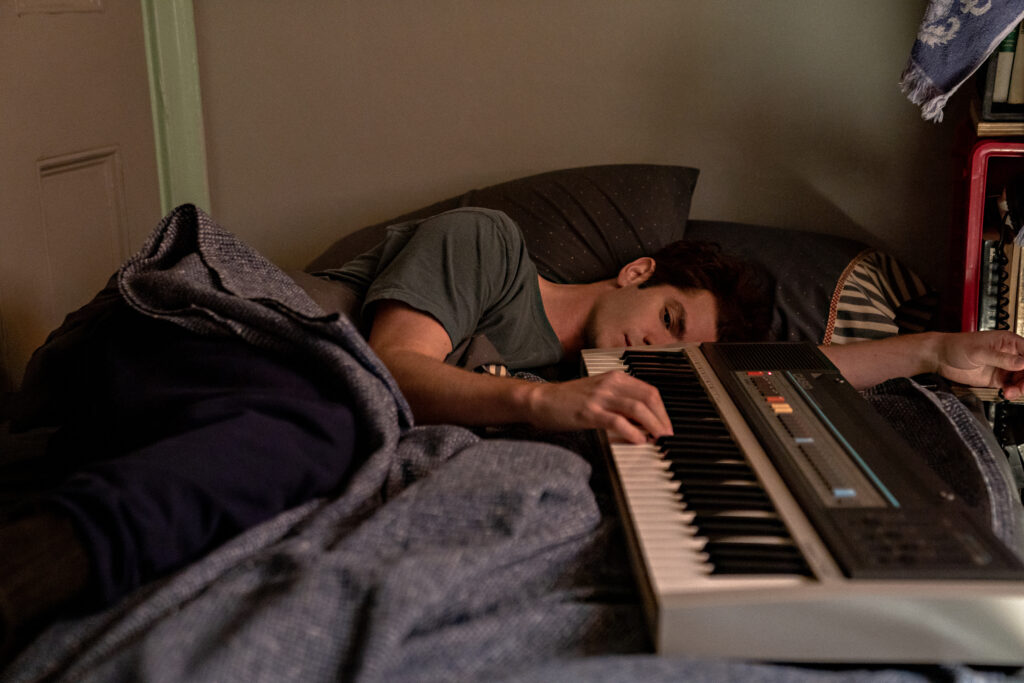 It details his own personal struggles—romantically, platonically, and career-wise—as he tries to figure out what he’s meant to do with his life. The clock is tick, tick, ticking as he’s nearing 30 years old. The external societal pressures from his friends combined with his own internal pressures are leading toward an existential crisis he can’t seem to dodge.

Larson’s two closest friends, Susan and Michael, each represent sides of the life Larson wants to have but can’t reconcile how to achieve both.

Susan, Larson’s girlfriend, is ready to leave the rat race of NYC, and move to the suburbs, find a steady job, settle down, start a family—and she wants Jon to come with her. White picket fences anyone?

Larson’s best friend, Michael, ditches the life of a struggling artist to settle down for a more stable and lucrative career. Though, as we all know, that decision often comes with boredom and regret.

Larson can’t decide and ends up in a tailspin. Things go wrong, friends have problems.

“Rent” may have been Larson’s first show to make it to Broadway, but it wasn’t the first show he created.

“tick, tick…BOOM!” was originally written as a one-man show, performed by Larson at the off-off-Broadway Second Stage Theatre (September 1990) and the Village Gate (November 1991).

Larson worked on it before he created his masterpiece “Rent,” though he didn’t complete it before his untimely death from complications of Marian syndrome in 1996.

Larson died the morning of the first night of previews for the Off-Broadway production of “Rent” on January 25, 1996, at 35 years old.

The musical “tick, tick…BOOM!”—originally titled “Boho Days”—was later finished and ran for 215 performances off-Broadway at the Jane Street Theatre in NYC from May 23, 2001–June 6, 2002.

It was reimagined by David Auburn as a three-person play, with Raúl Esparza, Amy Spanger, and Jerry Dixon for the Jane Street Theatre run.

The musical was then revived in 2014 and starred Miranda, Leslie Odom Jr., and Karen Olivo. Steven Levenson (“Dear Evan Hansen,” Dear Evan Hansen), who also collaborated with Miranda on the Fosse/Verdon series on FX, wrote the script for the movie adaptation of tick, tick… BOOM! 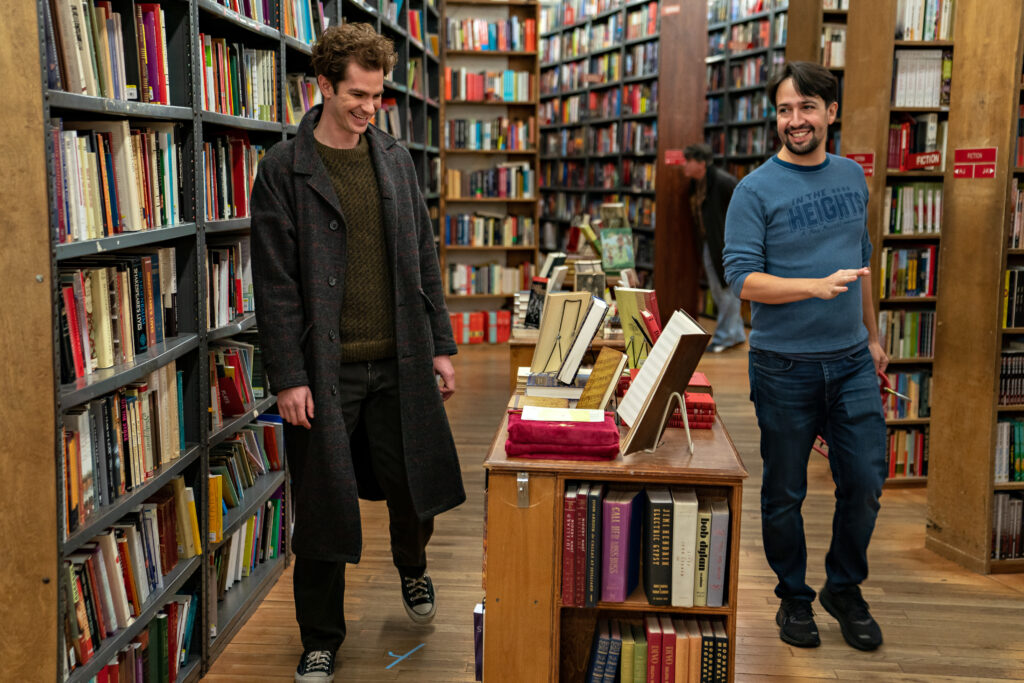 The film follows Jon (Andrew Garfield), a young theater composer who's waiting tables at a New York City diner in 1990 while writing what he hopes will be the next great American musical. Days before he's due to showcase his work in a make-or-break performance, Jon is feeling the pressure from everywhere: from his girlfriend Susan, who dreams of an artistic life beyond New York City; from his friend Michael, who has moved on from his dream to a life of financial security; amidst an artistic community being ravaged by the AIDS epidemic. With the clock ticking, Jon is at a crossroads and faces the question everyone must reckon with: What are we meant to do with the time we have? 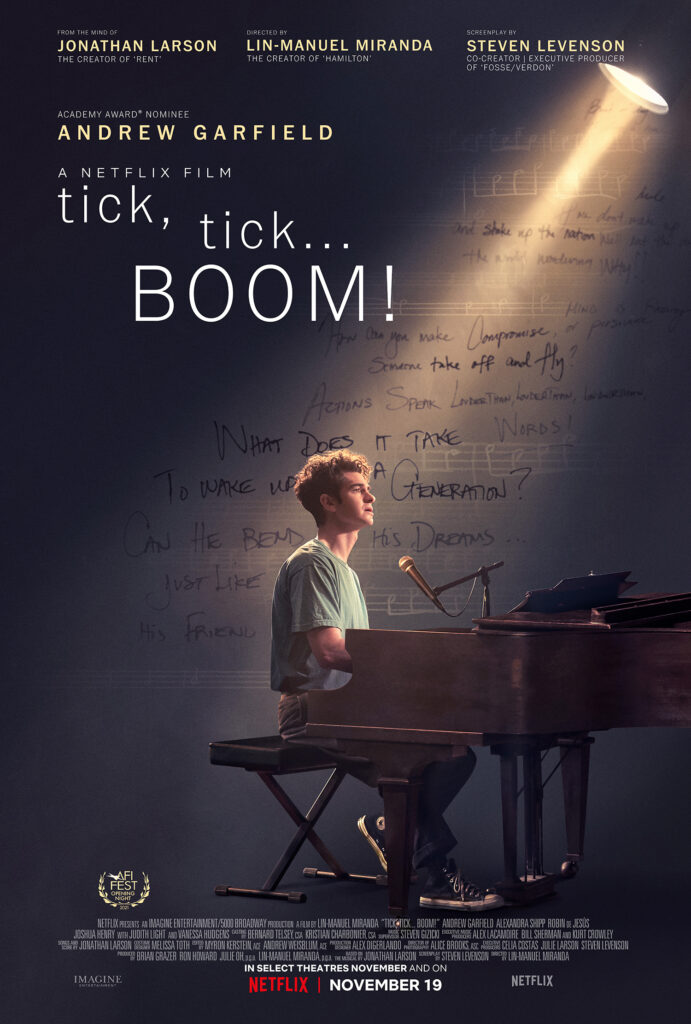 “tick, tick… BOOM!” is playing in select theaters now and is streaming on Netflix on Nov. 19. 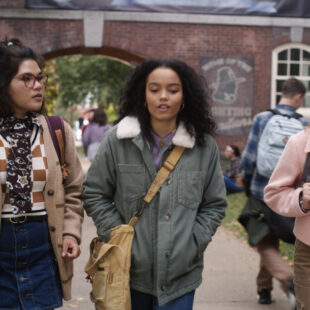 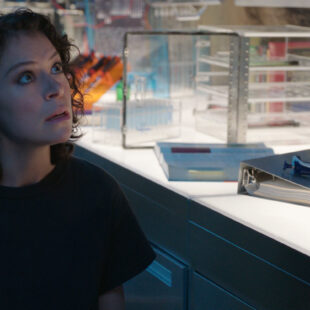 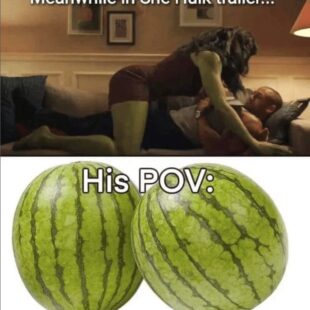 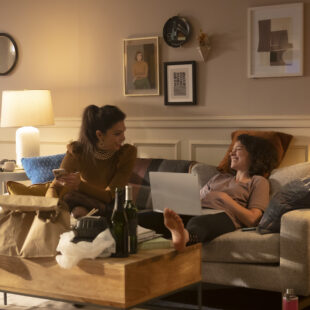